Craig Holliday is a gifted Meditation and Spiritual Teacher trained in both the Yogic and Buddhist traditions, a founding member of the Association of Professional Spiritual Teachers and Licensed Professional Counselor (LPC) offering mindfulness-based therapy and nondual therapy to individuals.  Craig travels frequently offering Nondual Meditation Workshops, Retreats, and Satsang.  Craig presents on spiritual topics at the Science and Nonduality Conference, yoga festivals, churches, and dharma centers. He is the author of Fully Human Fully Divine and has been featured on the popular Youtube show Buddha at the Gas Pump.  His work is dedicated to the discovery of our innate Divinity, and the expansion of compassionate action on the planet. He works in a way that addresses our everyday suffering as a doorway to our inherent freedom, empowerment and as a catalyst for social change.  He meets with individuals online from around the world on Skype or Zoom.

His work is powerfully informed by his dedication to over 20 years of spiritual practice and study with master teachers from around the world. Incorporating an awakened vision, mindfulness meditation, counseling and coaching into his private therapy sessions and groups, Craig uses a practical, awakened approach that supports individuals who are interested in living from their highest self and who may be struggling with life issues such as relationships, work, life transitions, parenting, divorce, anxiety, depression, addictions, spiritual awakening, etc. Craig works in a way that first acknowledges and brings forth our innate Divinity and from this space, then works with whatever issue the individual is struggling with.

A graduate of Fort Lewis College with a degree in Education, Craig received his Master’s in Counseling Psychology from Adams State College. One of the strengths that Craig offers is his seamless integration of Western Psychology with Eastern heart-centered wisdom. Craig’s personal journey has been deeply influenced by intense study with awakened spiritual masters.  He is a devoted student of Meditation and has participated in over 80 spiritual retreats over the last twenty years. In the past 10 years, Craig has studied the liberation teachings of Adyashanti and Jon Bernie. After a series of profound shifts in consciousness, Craig began teaching Nondual meditation groups and Satsang in Durango, Boulder, the Bay Area and anywhere else he is called to teach. Craig also meets with clients and students around the world on Skype and offers satsang online every Sunday evening. In 2013, Craig published, Fully Human Fully Divine, Awakening to our Innate Divinity through embracing our Humanity. His work has touched the lives of thousands of spiritual seekers around the world. 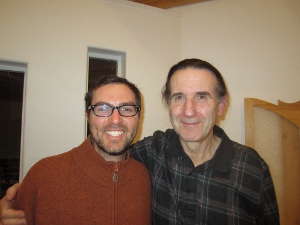 When Craig was just 19, he met Meditation Master David Pz. and began apprenticing and working for him building a retreat center in Southwest Colorado. Although Craig was quite young, he already was a deep spiritual seeker. This relationship shaped Craig’s life for the next 18 years. A good teacher is one who takes you all the way, and fortunately, he met his root teacher at the beginning of his spiritual path. David led Craig in the lineage of Sri Aurobindo and trained Craig to teach and share from this space of Grace for many years.  After studying with David for about 5 years, Craig traveled to India and visited the Ramana and Sri Aurobindo Ashram, Yogi Ram Suratkumar, Satya Sai Baba, Ammachi, Karunamayi and many other Yogis and Avatars. But after spending about two months in India, Craig realized what he was looking for in a teacher, he already had. Craig came back from India with a sick stomach and laughter realizing his True teacher was David; and that he needed to go no further. Patiently and sternly this relationship has shaped Craig in ways beyond words. Craig has been fortunate enough to have such an incredible and intimate relationship with his Teacher for so long; this has been a rare and precious gift.

David lives a quiet life outside of the public eye and teaches in the lineage of Hida Charlton and Sri Aurobindo the saint and sage from Pondicherry India. Aurobindo developed Integral Yoga, a system of Yoga that incorporates traditional Yoga and the evolution of the Divine on Earth. Aurobindo’s works have greatly influenced the modern Spiritual movement all over the world; greatly influencing Ken Wilber and countless others. Over the years Craig has attended more than 40 retreats with his teacher David and apprenticed under his guidance for 18 years.
“Give up all Perspectives.” -David Pz. 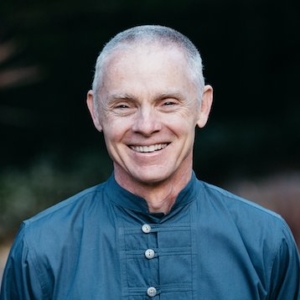 In addition to training with his root teacher David, for the last 10 years, Craig has been studying with Adyashanti whose powerful nondual teachings have Awakened many. Adya has been a powerful influence in what Craig offers to those who meet with him both individually and in Satsang. On his way to meeting Adya for the first time, Craig had a tremendous Awakening after which his life was totally changed. Now after a number of years of studying Adya’s teachings and attending his retreats this Awakening settled in, dramatically shifting his consciousness. Through the years, Adya has guided Craig through this awakening of the head, heart, and gut. Beyond this Craig also, experienced a spontaneous Kundalini Awakening after a retreat with Adya, which deeply reoriented his way of being. Craig continues to study with Adya, discussing living and teaching from this place of liberation. Craig’s work with individuals and his teachings on nondual awakening, the stages of awakening, and the shadow sides of awakening, have been deeply influenced by his work with Adya. Adyashanti lives in Santa Cruz, CA and travels the world teaching, for more info about Adya visit http://www.adyashanti.org
“If you want to know something go elsewhere, if you want to un-know everything sit and listen.” – Adyashanti 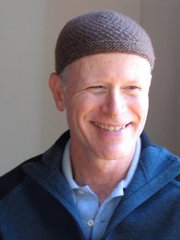 Jon Bernie teaches in the Nondual lineage of Adyashanti and has also been instrumental in Craig’s work with others. Through many meetings with Jon, Craig began to relax and settle into the ordinariness of Awakening. This teaching greatly influenced Craig’s work, bringing forth the vision that nothing is outside of, or separate from Divinity. Jon teaches in a way that is powerfully simple and direct, much like Adya. His teaching is that Awakening is totally ordinary and absolutely available for each and every one of us. Too often we view awakening as something outside of us, or only reserved for saint or sages.  Realizing Truth in everyday ordinary existence, has brought such joy in the everyday life.  Jon lives and offers Satsang the in San Francisco bay area. For more info about Jon visit http://www.jonbernie.org
“Trying not to try is just more trying. All that’s required is awareness of trying; trying will drop away by itself when it’s ready.” – Jon Bernie 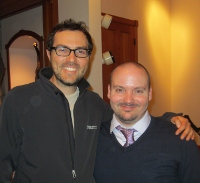 After meeting mystic Matt Kahn, Craig’s life again radically changed. Matt guided Craig through many doors of mysticism and into the realm of nondivision between the human and Divine. Matt has encouraged Craig to share more and more of his awakened vision and transmission in Satsang and in personal sessions. What Matt offered Craig was full permission to be himself, the embodiment of the Divine and to see and love this Divinity in everyone and everywhere.
“Whatever arises Love that.” – Matt Kahn 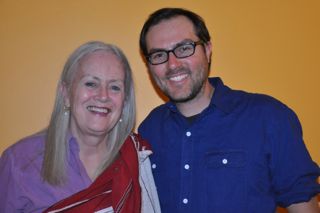 Over the years Craig has spent time with Lama Tsultrim at the Tibetan Retreat Center Tara Mandala both as a student and as a part of the volunteer staff. Lama Tsultrim teaches the Feeding Your Demons Practice, which is a unique blend of ancient Tibetan meditation practices with modern psychotherapy.  This practice has deeply impacted the way Craig meets with individuals in his sessions. Lama Tsultrim created this practice because she noticed that her students were achieving great spiritual states, yet their shadow remained untouched by their spiritual realizations. Craig came to this same realization within his own self, that despite his amazing realizations, his shadow was still creating havoc in his life.  Through practicing the Feeding your Demons work literally hundreds of times, Craig began to wholeheartedly embrace the work of healing his psychological wounds. This work he then blended and integrated into his own teaching and psychotherapy practice. Without deep shadow work, any individual can fall prey to their egoic minds.
“If we fight our demons, they only grow stronger. But if we feed them, nurture them, we can free ourselves from the battle.” -Lama Tsultrim 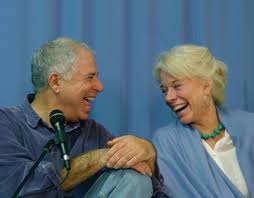 Craig also has been deeply influenced by the liberation teachings of Eli Jaxon Bear and Gangaji.  Many years ago, Craig studied the Enneagram Teachings with Eli. These teachings point to deep tendencies we have within our psychological nature.  When we become aware of and understand our unique tendencies, we can choose how to consciously respond to life. If we do not understand our position on the Enneagram, we will be unconsciously ruled by these forces. For years Craig has examined these forces within himself and as well as his students and clients. Because of this deep work with Eli and Gangaji, Craig was able to begin to see clearly why individuals respond to life from certain patterns and belief structures. Knowing these tendencies lead to a deeper ability to know our own psychological nature.
“Through knowing the Enneagram, You will see how habits of egoic identification continuously appear to veil the pure, pristine consciousness that you truly are. When habits of mind are exposed, there is a clear choice to end the bondage of ego-based suffering and to realize the vast, inherent freedom of one’s true nature.” – Eli Jaxon Bear 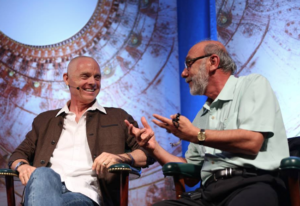 Through the years, Craig found that “the Truth he was seeking was never outside of himself,” with this realization came a great unequivocal letting go and nondual freedom. And yet, humbly he admits “that continuing to meet with your teachers, keeps us honest.  At any point in our realization, we may think that we have all of life figured out. But it is wise to remember that: as long as we are in form, we will be growing. It wise to continue to study oneself; for the ego, can come forward and attach at any level. When we wake up to the Truth of our Being, we can never fully go back to sleep again. We can though become confused at any moment in time, no matter how free we think we are.  Having a few good friends and teachers around helps us to stay in integrity. A good teacher is an asset on the path.” And so we stand in the Truth which we always, already are and humbly allow Life to teach us, and live through us. As we give ourselves to both our unborn nature and the movement of evolution in ourselves as Ourselves, we embrace being fully human and fully Divine.

This Is A Custom Widget

This Sliding Bar can be switched on or off in theme options, and can take any widget you throw at it or even fill it with your custom HTML Code. Its perfect for grabbing the attention of your viewers. Choose between 1, 2, 3 or 4 columns, set the background color, widget divider color, activate transparency, a top border or fully disable it on desktop and mobile.

This Is A Custom Widget

This Sliding Bar can be switched on or off in theme options, and can take any widget you throw at it or even fill it with your custom HTML Code. Its perfect for grabbing the attention of your viewers. Choose between 1, 2, 3 or 4 columns, set the background color, widget divider color, activate transparency, a top border or fully disable it on desktop and mobile.
This website uses cookies and third party services. Ok
Go to Top